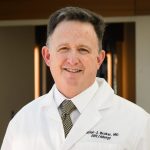 At ENT and Allergy Specialists we are experts in new and minimally invasive techniques to improve breathing. A Better Nasal Airway can have many positive effects on your life including improved comfort, reduced snoring and sinus infections, and even improved sports endurance.

Exercise endurance during high-intensity sports such as cycling is dependent on both physiologic factors and the perception of fatigue.

A study by Ansley, et al1 showed that head cooling significantly decreased the perception of fatigue and increased the exercise time to fatigue by 51%. Not only were athletes able to exercise dramatically longer with head cooling, but their production of a stress hormone thought to be involved in feeling fatigue – prolactin – was nearly eliminated.

Other studies by White and Cabanac found that this head cooling is achieved by the body during exercise via increased blood flow to the nose2 and that improving nasal airflow increases cooling3.

Taken together, these studies suggest that improving the nasal airway in athletes will dramatically improve their endurance. It’s important to point out that there have been many misleading claims made over the years about how this works and attempts by not-so-reputable groups to sell useless products based on this information. A better nasal airway does not improve an athlete’s VO2 max (maximum exercise capacity of heart and lungs) or his/her oxygen intake. A better nasal airway does improve an athlete’s ability to continue exercise under conditions of heat and fatigue by measurably decreasing both.

So how can you achieve a Better Nasal Airway? One simple solution is Breathe Right® Strips. They have been shown in studies to increase the internal cross-sectional area of the nose. However, if you have significant allergies, a deviated septum, or other nasal abnormalities these strips may have limited effectiveness. In that case, treating the allergies or nasal obstruction will give you a Better Nasal Airway.

With improvements in both allergy treatments (such as Sublingual Immunotherapy or Allergy Drops) and minimally invasive nasal surgery (turbinate reduction, septoplasty, nasal valve augmentation), a Better Nasal Airway can be achieved with little effort, downtime or discomfort. Call us for an appointment to see how we can help you achieve a Better Nasal Airway.