Is Vaping Dangerous? The simple answer is YES! 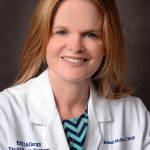 E-cigarettes, e-cigs, e-hookahs, mods, vape pens, vaps, tanks systems, and ENDS (electronic nicotine delivery systems) are electronic devices that heat a liquid and produce a mix of small particles in the air.  Some look like regular cigarettes, cigars, or pipes, and others look like a USB flash drive or pen. Larger devices such as tank systems or “mods” do not look like typical tobacco products. While the liquid used in e-cigarettes is often nicotine and flavorings, it can also be marijuana or other drugs. Inhaling these substances not only affects the user but can also be breathed in by others nearby.

E-cigarette droplets can contain other harmful things such as:

The modern vaping trend began after 2010.

It is a misconception to think that e-cigarettes contain harmless water vapor. Exposure can also be harmful to those nearby. Used by many adults, there has also been an unfortunate rapid increase in vaping among teens. Nicotine use by young adults may increase the risk for future addiction to other drugs. Nicotine is also harmful to the developing brains, aside from the obvious harmful effects on the lungs and heart.

Regardless of how you absorb it, nicotine is addictive. While a traditional cigarette is typically smoked in 2-5 minutes, an e-cigarette can last up to 20 minutes, delivering larger quantities of nicotine and chemicals to the lungs. In addition, some vaping mixtures can contain 20 times the nicotine of a single cigarette. THC-containing vape products have also been found to have a thickening agent called Vitamin E acetate, which has been associated with vape-associated lung injuries. Marijuana vaping is also on the rise with our teens. The dangers of vaping are many and the increased use by our youth and adults is cause for concern.

What can I do if my child is vaping?

Know the signs of Oral Cancer

The best way to protect yourself from oral and/or lung cancer is to avoid any form of tobacco: Cigarettes, Cigars, Chewing tobacco,  Hookahs, and E-cigarettes.

However, if you or anyone you know has white patches in their mouth, long-lasting mouth sores or ulcers, unusual lumps or swellings of the lips, tongue, or neck they may be signs of a serious condition and should be evaluated by an ENT  Specialist as soon as possible.